International Women’s Day — a grand tradition, but much unfinished business

Although the evidence proves that diversity and equality is not just fair, but economically sensible, Chloe Shorten believes Australia still struggles with equal representation of women in many sectors in society, and argues her case in this International Women’s Day contribution.

For more than a century, women and men have been coming together on March 8 to reflect on the progress made towards gender equality and ending violence against women.

It’s a grand tradition which began in New York when women first protested against their working conditions.

This special day is a time to pause and honour those on whose shoulders we stand.  My siblings and I spent a childhood sitting at dinner tables, on living room and conference floors listening to discussions about gender equality and the history of the movement from the textile workers who protested against terrible conditions and child labour.

Generations before us have fought hard for the rights we enjoy today.

Over their lifetime, women earn less income than men.

We didn’t perhaps comprehend at the time the significance of those achievements: the right to vote; establishment of the Sex Discrimination Act; planned parenting; the first female Governor-General; the first female prime minister, the first woman vice-chancellor, Air-Vice Marshall, the list goes on – and there are more firsts, and seconds, to add to it.

These milestones can sometimes mask the long road ahead.

Despite overwhelming evidence that diversity and equality is not just fair, but economically sensible, Australia still struggles with equal representation of women in many sectors in society – particularly in decision-making roles.

We still need change: in the home, in workplaces, in our neighbourhoods, around the boardroom table and the Cabinet table.

We still need pay equity.  Not only are women paid less for performing the same role as their male counterparts but, over their lifetime, women earn less income than men.

Women are more likely to take leave from the workforce due to caring responsibilities, and return to paid employment on a part-time or casual basis.  Indeed, 70 per cent of part-time workers in Australia are women.

Family violence remains the starkest indicator of gender inequality in our society and the single largest driver of women’s homelessness. Around 55 per cent of women with children presenting to specialist homelessness services nominated escaping violence as their main reason for seeking help.

Central to a civil society is the wellbeing of the people who nurture children.

Tonight more than 46,000 women will be homeless, experiencing personal dislocation and financial disadvantage. For some, it is the beginning of entrenched poverty.

Homelessness services need funding certainty, so they can continue their important work particularly in times of personal and family crisis.  However, it is also timely to reflect on the role mothers and care-givers can and often to do play in bringing about intergenerational stability.

Central to a civil society is the wellbeing of the people who nurture children: mothers, aunties, grandmothers – those who create our villages.

How many of us have mothers who are always telling us to look after ourselves? It’s not just love – it’s good advice.

If we get tired, unwell or stressed our whole family is affected, as well as our colleagues, neighbours who we look after, and the friends we support and who support us.

Increasingly women in their mid-30s are raising their children while simultaneously caring for their ageing parents.  The number of teenage mothers is declining.

Digital disruption is changing the goalposts daily for mums who need to finely balance their children’s desire to explore the world while maintaining cyber security.  There are more blended families, sole parent families and same sex families.

Young people model their behaviour on their primary caregivers.

It wouldn’t be such a problem, were it not for the fact that the amount of unpaid work women do has a direct impact on their economic security. More time at home means less time to learn and develop skills that can lead to being job-ready in the paid workforce.

As a result, women earn less, have less financial independence, and have less superannuation and savings later in life. In fact almost 30 per cent of women aged over 65 are living below the poverty line.

Overwhelming evidence points to gender equality starting at home, where unpaid work is evenly distributed between girls and boys.  Young people model their behaviour on their primary caregivers.

When mums are treated fairly and with respect by their partners and others, then children have their best chance of becoming resilient and balanced adults who practice equality as partners, colleagues and employers.

In Australia today, the workforce participation gap between men and women is 12 per cent. The pay gap is around 17 per cent and the superannuation gap is about 45 per cent.

A lot of unfinished business

I’m not sure how I explain to my daughters that they will have less retirement savings than their adored brother. And that in 2017 half of all paid working women will pay more tax on their super contributions than on their take home pay – a policy change that leaves women and families less well off.

So today, 8 March 2016, when we take stock of the progress made towards gender equality and the prospect of improvements into the future, we can see there is a lot of unfinished business.

To all those of you working to improve the lives of women and girls around this country and our neighbouring countries, thank you.

We owe our progress to you, and we owe it to each other to follow your example: opening pathways for our girls through education, in everything from science to the arts; delivering better health outcomes, through improved awareness; and ridding our nation of family violence, once and for all.

This is the progress to which we pledge ourselves on International Women’s Day, and every day.

To celebrate women’s history month the BBC has collected together a range of documentaries telling stories of history-making women, from the lost queens of Ancient Egypt to The Virgin Queen. 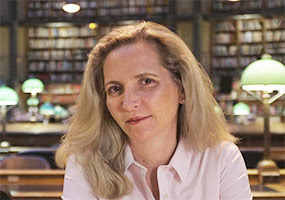 The Ascent of Woman

Biographer and historian Dr Amanda Foreman explores the history of women since the dawn of civilisation, and the pivotal role they have played in the forging of the modern world. 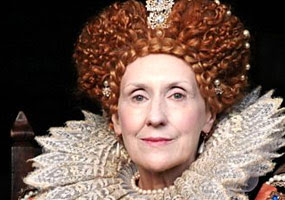 Armada: 12 Days to Save England

Anita Dobson makes a marvellous Elizabeth I in this three-part drama documentary presented by Dan Snow. It tells the story of how England came within a whisker of disaster in summer 1588, and of how it was a remarkable web of misunderstandings that ultimately stopped the Spanish from invading.

The full list is available on my Food For Thought page.